The University of Évora it is envisaged regarding the region in which it operates, Alentejo, choosing it as the preferred target of your effort of socialization of knowledge, the European community with which it shares the same human values, cultural and scientific, to neighboring regions with which primarily establish strategic partnerships, and Portuguese-speaking countries which seek to extend its mission, not forgetting at the same time that the preparation of students should always take into account the "world" overall we live in today.

The University of Évora adopts the principle of free examination, as defined Henri Poincaré, in pursuit of the tasks arising from its mission "the thought should not submit neither a dogma nor a party nor a passion or an interest nor a preconceived idea, nor anything else other than himself, since, to submit, would be the same as ceasing to exist "

They are still intrinsic values ​​of the University of Évora: 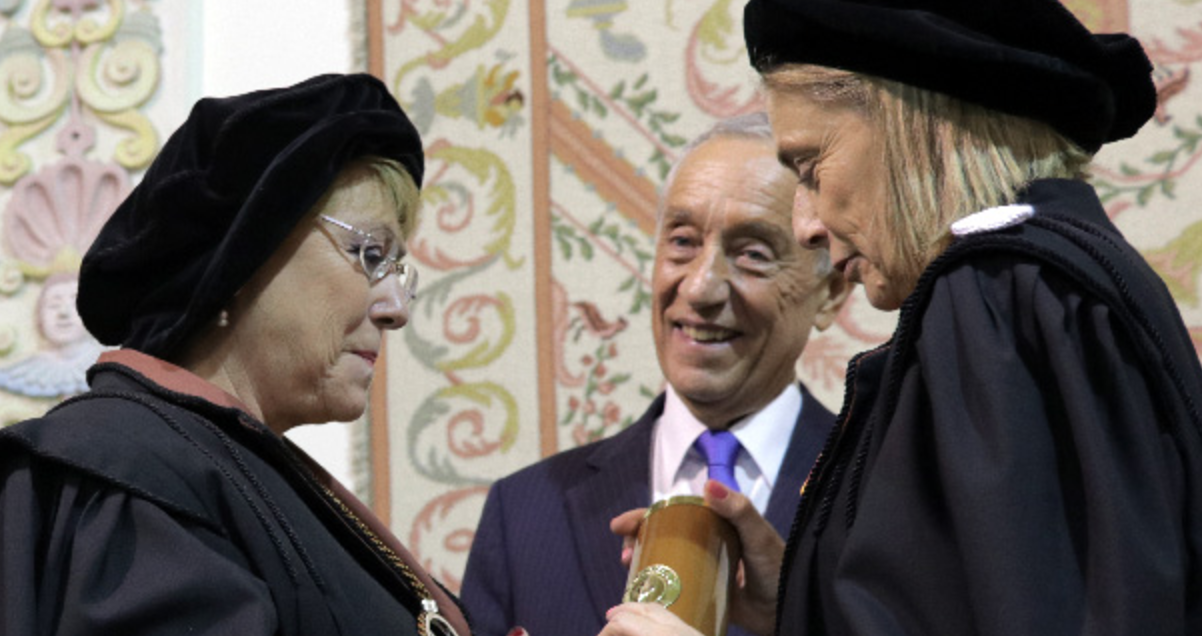 Évora, ecclesiastical metropolis and temporary residence of the Court, emerged immediately as the most suitable city. Although the original idea of ​​the creation of the second University Kingdom, have belonged to John III, was given by Cardinal Henry its embodiment. Interested in educational issues, she began by founding the College of the Holy Spirit, entrusting him to the then newly founded Society of Jesus. Even the works of the building stemmed and has asked Cardinal of Rome transformation of the College in full University. With the approval of Pope Paul IV, expressed in the bull Cum nobis April 1559, the new university was created, with the right to teach all subjects except medicine, civil law and litigation of the Canon Law.

The solemn inauguration took place on November 1 of that year. Even today, this day marks the anniversary of the University, with the ceremony of solemn opening of the academic year.

The main subjects taught were philosophy, Moral, Scripture, Speculative Theology, Rhetoric, Grammar and Humanities, which fully enter this university in the traditional frame against reformist European Catholic institutions of higher education, most of which, incidentally, controlled by the Jesuits .

In the reign of Dom Pedro II, was to be introduced the teaching of Mathematics, covering subjects as diverse as geography, physics, or Military Architecture.

The prestige of the University of Évora during the two centuries of its existence first phase confused with the prestige and the scientific value of its teachers. To it they were linked relevant names in Portuguese and Spanish culture, which is important to emphasize, first and foremost, Luis de Molina, theologian and moralist of creativity and European renown. In Évora, PhD was another luminary of the Iberian culture of that time, the Jesuit Francisco Suárez, then a professor at the University of Coimbra. Here taught for a while Pedro da Fonseca, considered the most important philosopher Portuguese sixteenth century, celebrated the effort of neo-scholastic renovation of Aristotelian thought.

Despite the attempts of modernization and openness to new scientific spirit that characterize the eighteenth-century university, it must be acknowledged, however, that the example of his elder sister of Coimbra, his efforts did not translate into actual opening of minds to the needs of new times. Despite the high individual value of many teachers, the education system as a whole, proved misfit and outdated. Évora participated thus the global trend of turning back to Transpirenaica Europe that characterized the majority of elites and Iberian cultural institutions of the Old Regime.

When the political and cultural climate of the mid-eighteenth century began to reveal hostile to the Jesuits, no wonder that the University of Évora has been easily become a target of the reform and centralist policy of Pombal. On February 8, 1759 - two hundred years after the foundation - the University was surrounded by cavalry troops, as a result of the decree of expulsion and banishment of the Jesuits. After a long time in prison under arms, the masters were eventually taken to Lisbon, where many were imprisoned in the notorious Fort Junqueira. Others were summarily deported to the Papal States.

From the second half of the nineteenth century, settled in the noble building Henrique's the Lyceum of Évora, to which the Queen Dona Maria II granted the prerogative of the use of "cloak and cassock", in keeping with university tradition of the city and the building .

In 1973, by decree of the then Minister of Education, José Veiga Simão, he created the University Institute of Evora which was to be abolished in 1979, to make way for the new University of Évora.

Schools, composed of Departments and the Advanced Institute of Research and Training are organic units of the University

School of Science and Technology

Institute for Research and Advanced Training