Kwararafa University Wukari was licensed as Wukari Jubilee by the National Universities Commission in 2005. It took off in March 2006 with 61 students as the first and only community-owned University in Nigeria, the first University in Taraba State and the second private University in the North East Geopolitical zone of Nigeria.

To become a first-class institution in pursuit of knowledge and scholarship through teaching, research and community service, geared towards inculcating knowledge and entrepreneurial skills to students that will enable them to be productive and self-reliant.

The University Official Colours are Green and Gold. The Green Colour represents agriculture, productivity, fertility, growth and steady progress while the Gold Colour represents the rich cultural heritage of the people and abundance of natural resources. In the Logo, the spearhead “Atoshi” is the traditional weapon of the Jukun people (host community of the University) and its relationship with the open Book also in the Logo symbolizes that knowledge derived from the university will play a crucial role in the management /resolution of crises, and in the fight against ignorance, poverty, and disease.

Kwararafa University Wukari was licensed as Wukari Jubilee by the National Universities Commission in 2005. It took off in March 2006 with 61 students as the first and only community-owned University in Nigeria, the first University in Taraba State and the second private University in the North East Geopolitical zone of Nigeria. Located at Wukari an ancient city that was for a while the headquarters of the historically famous Kwararafa Confederacy, the University officially changed its name from Wukari Jubilee to Kwararafa in Febuary 2012 to reflect the cultural and historical roots of the confederacy which at the zenith of its powers extended to modern Niger, Plateau, Kogi, Nasarawa and Benue states and FCT in the north central geo-political zone, Edo and Cross River in the South-south zone, Kogi Kaduna, Kano, and Katsina states in the north west zone and Bauchi, Gombe, and Adamawa States in the north east zone. Kwararafa University enjoys cordial relations with its host community and attracts students from Taraba and 22 other states of the Federation. 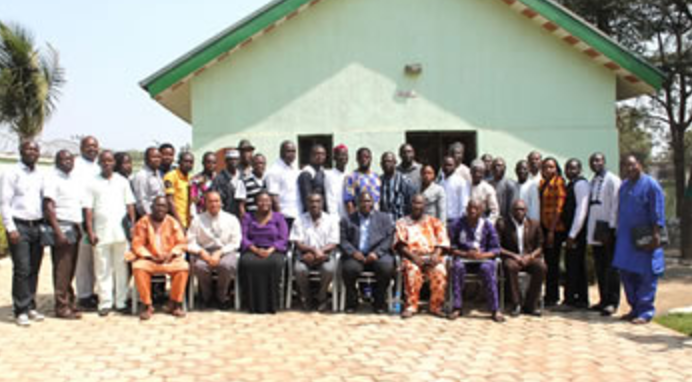 The University is presently developing linkage programs with other Institutions and Universities around the world. The focus of research is in the areas:

The research focus is derived from the unique location of the University in the Benue valley with an abundance of flora and fauna as well as the rich social-cultural traditions of the people of the area that could be of academic interest to researchers. Our community project in Mathematics Education. We strongly believe that if we engage with our wider community and deploy modern techniques for teaching mathematics we will be filling a gap in mathematics education in particular and science education in general.

University Library The University Library is stocked with well-selected relevant books, journals, magazines, and newspapers. Many of the books are the latest in the various courses taught at the University. The University’s virtual library has 50 desktop systems with 20-inch monitors all networked and connected to the Internet. The e-Library has over 2 million e-books on its server. Computer Laboratory In its resolve to match theory with practice, Kwararafa University has two well–equipped computer laboratories for use by students in the Computer Science Department of the University. The main computer laboratory has 25 systems networked to a server. It also has an overhead projector and a digital whiteboard. The second laboratory is basically for hardware training. GIS & Econometrics Laboratories The University has equipped two laboratories for Geographic Information Systems and Econometrics. Both Laboratories are equipped with desktop and laptop computers, multimedia facilities and customized software to enable staff and students undertake basic and advanced GIS and Statistical research. Clinic The University is mindful of the health needs of its students and staff and for this purpose. The University provides medical insurance for all its students. This enables them to be attended to when sick at major hospitals in Wukari and in their places of abode during holidays. Sports The University is actively involved in sports and has played several matches with neighboring tertiary institutions. It also participated in the last private University games held at JABU. The University Sports Coordinator oversees the affairs of this unit.