Shantou University (STU), founded in 1981，is a comprehensive university jointly supported by the Ministry of Education of China, the Guangdong Provincial Government, and the Li Ka Shing Foundation and is the only public university in the world that receives long-term funding from the Li Ka Shing Foundation. In 2016 - 2018, STU was ranked 601st -800th in Times Higher Education (THE) World University Rankings for three consecutive years. In 2017 Best Chinese University Ranking, STU was ranked 49th in the “Quality of Scientific Research” indicator. In 2017, the number of papers published in Cell, Nature, and Science(CNS) magazines by STU faculty and students was ranked 18th, and the number of Citations Per Paper was ranked 5th among the universities in mainland China.

The Chinese government has set up a series of full scholarship programs and partial scholarship programs to sponsor international students to study in Chinese universities. CGS full scholarship covers tuition fees, accommodation fees, stipend, and comprehensive medical insurance. Shantou University (Agency code: 10560) is one of the designated universities in China for CGS scholarship students. The application time for CGS scholarship is January to April every year. Application details will be provided the dispatching authorities for overseas study of your home country (Chinese Embassy/Consulate General in your home country or other designated agencies).

Longcoastallinesandapleasantsubtropicalmarineclimateprovidethecitywithmanycharmingtouristattractions.Beautifulmountains, natural beaches, and exquisite islands, together with the marine scenery that surrounds the harbor, form a breathtaking environment that is especially attractive to those who want to escape the busy life. The Tropic of Cancer passes through the north of Shantou city. With a marine climate of south subtropical zone, Shantou is warm and humid with sufficient sunshine and rainfall, as well as a long frost-free period. Shantou is one of the primary hometowns of overseas Chinese. The exotic culture that they bring back to the city is then mixed with the traditional culture, forming a particular local flavor. 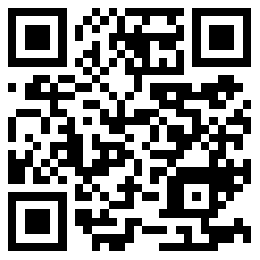