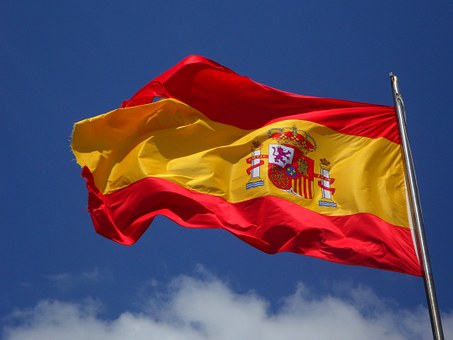 The Degree in Spanish: Linguistic and Literary Studies Was approved in the BOE on 05.01.2010. Through the different subjects that integrate it and the 240 credits to be taken, it offers a solid training in language, literature and culture for the Spanish and Hispanic American sphere. It also provides a broad perspective of the linguistic currents and literary science applied to Spanish.

In addition, it facilitates students to acquire advanced knowledge of Galician and English language and literature, as well as practical knowledge of other languages, at the student's own choice (French, Italian, Portuguese).

Why study the degree

The degree offers an updated and rigorous training within the framework of the Galician University System. Thus, it focuses on the linguistic domain of Spanish, Spanish-speaking countries, at a time when some Spanish-American states are acquiring great international relevance and projection.

In order to achieve all these objectives, it combines the necessary linguistic, literary and cultural knowledge with the management of the tools derived from the new technologies. Likewise, it offers the possibility to complete the training in prestigious foreign universities with which there are agreements and to know, in this way, other cultures and people in their own country.

Thus, the student, at the conclusion of the degree, is in optimal conditions to apply the experiences and knowledge acquired to the world of work or the continuation of higher education.

The degree provides extensive training in the field of language, literature and culture studies in the Hispanic world. The different branches of philological knowledge (grammar, pragmatics, sociolinguistics, history of the language, movements and literary genres, authors and authors of literature, etc.) applied to Spanish are studied. In this way, the students are prepared to successfully develop the responsibilities of their working life. At the same time, it acquires a very good plurilingual competence (Spanish, Galician, English, optionally also in French, Italian and Portuguese), which is a positive result in its professional competences.

Structure of the Study

Professional environment in which it is located

The students who finish their studies of degree will have a very high specialization in the Hispanic linguistic and literary field. Therefore, it will connect with a professional context also specialized in that teaching in the public and private sphere (academies, colleges, colleges, institutes, foreign language assistants, etc.), linguistic and socio-cultural advice, translation, and dynamization Cultural aspects are outlined as the main labor itineraries.

The students can also continue their higher education and access the various masters that are offered in the faculty.

The Degree in Spanish: Linguistic and Literary Studies is designed for all those people with interest and special sensitivity to linguistic phenomena and their artistic manifestations in literature, especially in the Spanish speaking countries. It is also appropriate for all students with literary and cultural concerns not Hispanic.

In order to request a place, one of the following access requirements established in art. 2 of RD 1892/2008:

The University of A Coruña is a public institution whose primary objective is the generation, management and dissemination of culture and scientific, technological and professional knowledge through t ... Read More