Bachelor of Arts and Science in New Media

Media creators are increasingly using scientific concepts in their work. Games, for instance, use ideas from physics, biology and mathematics. Multimedia artists are also learning to collaborate with scientists when producing their work. This ground-breaking new major is a response to this cutting-edge trend in the creative world.

This major emphasises lateral thinking and understanding across professions to prepare graduates for an increasingly interdependent and integrated world. Students use technology as an artistic medium, generating learning in a progressive and interdisciplinary context that bridges art, science, technology and the humanities. The curriculum encourages creative and critical thinking in the domain of digital content, together with the successful expression of a socially engaged personal vision through various digital media formats. Students receive professional training with state-of-the-art facilities to prepare them for future careers in the use of art, science and technology in the creative industries, innovative education, and cultural management.

This major is specially designed for students who are not afraid to break down the barriers between art and sciences.

This major aims to nurture graduates with creative skills in the field of new media art. The definition of new media art adopted here includes two features. First of all, "new media" is defined to include any practice that uses computation and/or electronics, such as for instance software/generative art, robotic art, or physical computing. In this context, "new media" is distinguished from "creative media" insofar as the latter involves the use of pre-existing digital tools such as software packages), whereas new media involves the creation of one’s own resources. For instance, a filmmaker or video artist who uses existing editing software is not, by this definition, a new media artist. The emphasis lies on taking a standpoint towards computational and electronic resources as artistic media that have to be mastered.

In line with this definition, the BAS programme encourages students to take an unorthodox look at the traditional concepts of art media and contexts. In the process of using the latest digital technologies for creative purposes, students learn to treat technology as an artistic medium, generating this learning in a progressive, interdisciplinary context.

The second aspect of new media art emphasizes a strong transdisciplinarity. It is not restricted to the two disciplines of Creative Media and Computer Science. Instead, the BAS draws on a variety of fields, including biology, chemistry, physics, mathematics, computer sciences, robotics, humanities, and social science. Students will be able to explore beyond the traditional settings of academic majors. The aim of the BAS is to train creative practitioners who work across disciplines, engaging in practical collaboration with scientists, drawing on concepts and methods from the sciences in their creative projects, and communicating scientific ideas to the general public.

The BAS courses will combine fundamental principles of digital creation with scientific inquiry, technological innovation, social responsibility, and a palette of media and research skills.

As the new Major integrates the strengths of existing SCM majors, while also introducing new teaching and learning partnerships with other City University departments, students both have an opportunity to select a more flexible path of study that combines previously distinct disciplines, allowing for a more valuable education that can respond to the rapid pace of change the creative industries naturally face.

By emphasizing both the acquisition of scientific knowledge, technical proficiency as well as artistic and personal growth, the Major encourages students to develop and extend their creative potential and capacity to imagine, facilitating the development of cultural identity and sharpen their understanding of the broader social environment.

Upon successful completion of the Major, students should be able to:

Applicants to this programme (admission code: 1044) will be considered for admission to first-year studies in the Bachelor of Arts and Science in New Media programme.

Applicants seeking advanced standing entry can submit an application for the following programme:

To be considered for admission, you must satisfy the General Entrance Requirements.

Applicants may be invited to attend an interview and/or other assessment processes, as required, to gauge their creative potential. To facilitate the assessment of applications, all direct applicants for SCM (1041/1042/1043/1044/1456A/1468A/1471A) are strongly encouraged to submit a portfolio of creative work via an on-line system to the School of Creative Media. Please refer to the School’s portfolio web page for the most up-to-date submission deadlines and specifications for the portfolio. Portfolio materials may include still photography, paintings/drawings, sculptures, musical compositions/performances, films/videos, software, multimedia productions, academic or creative writing, science projects or other forms of imaginative activity.

Consideration may be given to employment records, travel and other examples of life experience. @ Students may be required to complete CHIN1001 University Chinese 1 according to their entry qualification in Chinese.
* Depending on students' HKDSE English Language test scores.
# Students who achieve a grade B or above in their overall course results for EL0200A will be permitted to exit the programme at this point. They will achieve 3 credits and will be considered to have satisfied the pre-requisite for entry to the GE English courses.

What You Will Be Studying (Major)

After completing the School requirements, students study the major core courses to acquire basic knowledge of the history and theory of media art and achieve basic competence in a range of creative media including photography, sound, video, programming, electronics and installation.

Students also take basic courses in scientific thinking that have been specially designed to help creative professionals appreciate the scientific process. These courses cover basic physics, biology, chemistry and mathematical concepts and methods with an emphasis on scientific research/visualisation methods and the integration of art, science and culture.

Students are free to choose from a comprehensive list of elective courses from various areas such as animation, game, cinema and new media.

All students complete a Graduation Thesis, which can be a creative art project. Optional internship programmes are also in place for students who want to gain professional experience before they graduate. Throughout their studies, students have regular exposure to world-class artists and creative media professionals who visit SCM as guests or artists-in-residence.

Students can also take free electives or minor(s) according to their personal or career interests to fulfil the credit requirement for graduation. A strong Student Advising Scheme is in place to provide essential guidance and mentoring to students as part of their study plan.

Graduates will be prepared to become creative artists and content providers for the games industry, animation, TV and digital media broadcasting, cinema, photography, web design, software development and the contemporary arts. They may also choose to join the quickly advancing interactive media industry connected to advertising, exhibition and trade shows, or the emerging field of computer imaging for the health and science professions. Graduates will be equipped to become key players in those areas that call for a close dialogue between art, science and culture.

The internship programme complements the SCM curricula by coordinating with companies and organizations in providing on-the-job training to students. A broad variety of local and overseas internship opportunities are available to prepare students for the exciting challenges of the fast-growing creative industries.

With the opening of the Run Run Shaw Creative Media Centre, the School also provides a regular schedule of in-house exhibitions and presentations by SCM faculty and students, along with internationally recognised media artists and scholars.

The School encourages students to join media art competitions and festivals locally and internationally. Our students and alumni have participated in many competitions and made outstanding achievements such as the following:

Many of our graduates have gone abroad to study for their master's degrees in various fields of specialisation in prestigious schools and universities such as the following: 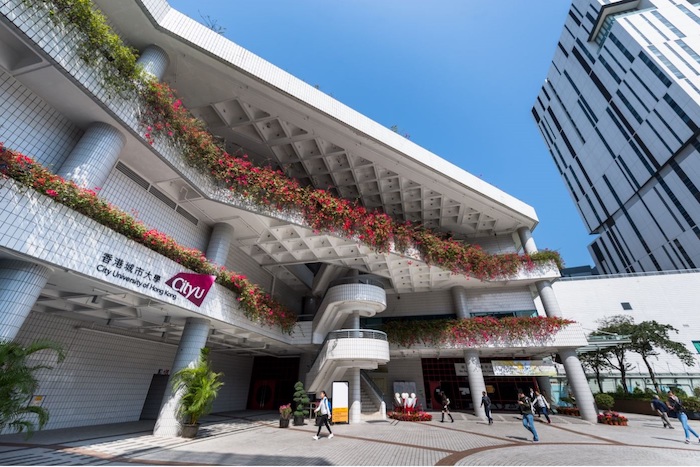 Welcome to City University of Hong Kong (CityU). We are a dynamic university established in 1994 and uniquely located in the heart of Hong Kong, Asia's world city. Our goals are to pursue high levels ... Read More

Welcome to City University of Hong Kong (CityU). We are a dynamic university established in 1994 and uniquely located in the heart of Hong Kong, Asia's world city. Our goals are to pursue high levels of excellence, promote innovation and nurture creativity with the aim to improve people's lives. In a city where East meets West, our vision is to become globally recognised for professional education, one that emphasises the mutual enrichment of different cultures and intellectual traditions, and for research that makes a real difference. Read less
Kowloon Tong