This course provides the basic analytic frameworks and theories for understanding contemporary Political Science. Drawing on the great historical political philosophers, modern political theorists and empirical political scientists, the basic aspects of politics (who gets what, why, when, and how?) are explored. Special attention will be given to the major Political Science models that guide contemporary research in government, international relations and public policy.

At the conclusion of this course, the student will be able (i) to identify and use in an evaluative framework the significant theories and models of Political Science, (ii) to articulate the major contributions of major figures in Political Science from Plato to Rawles, (iii) to articulate in spoken or written form an argument over major policy issues using appropriate intellectual frameworks found with Political Science literature. Additionally, the students (iv) will understand the importance of effective politics and good governance for the citizens of increasingly complex societies.

This course is divided into two parts. In the first segment, we will look at the policy and administration practice in social services (including health, education, and community care) as well as at the traditional models of welfare (corporatist, social democratic, and liberal regimes). In the second part, we will focus specifically on the forms of service delivery (targeting, rationing, discretion, and empowering users). Here we will argue that the provision of services takes place through a variety of forms, direct government provision being only one of them. Increasingly, nonprofit and for-profit organizations, businesses, and government contractors deliver services in partnership with government. However, those partnerships often fail to make the most of the wide range of users’ assets that could help to transform services and improve outcomes. Best practices from around the world will be used to gain new knowledge of the processes for deciding when and how to engage users in service delivery.

By the end of this course students will know how i) to apply social policy theory learnt in the class to solve the real-world social problems; ii) to harness the potential of collaborative approaches in the service delivery by empowering users; iii) service users and the public sector come together in new creative, innovative and collaborative ways to make better use of each other’s assets and resources to achieve better outcomes and improve efficiency.

This course is an introductory course on American Government and Politics. The course offers both theoretical and practical information on American politics. It is a foundation course for many of the more specialized courses within the broader field of Political Science. We will examine the sociological, political and economic forces that cause individuals to participate in American politics. Later we will examine the relationship between the major American political institutions and governmental policy. This course is an introductory level course in Political Science. It assumes no prior knowledge regarding American government. All the materials you need will be presented in lectures, textbooks or readings.

This course explores the theories and cases of nationalism, mainly focusing on Asia. What is nationalism? Why and how does it occur? How does it affect our lives? Is it going to disappear or persist in the future? Should we support or criticize the idea of nationalism? To contemplate these questions, the students will learn the existing theories developed by the major scholars in the field. The theories will function as the "tools" by which the students analyze and understand the social phenomena called "nationalism" and "ethnic conflict". The cases in Asia will be chosen for analysis. Nationalism in Japan will be scrutinized especially, focusing on 3 periods: "nation-building" period of Meiji Restoration (1850s-1880s), wartime period of maximizing national prestige (1890s-1945), and postwar period of "national reconstruction" and regaining national prestige (1945-). The course will also deal with the cases of China, Korea, India, and Pakistan.

Upon finishing this course, the students are expected to: (1) understand what a nation is and grasp the concept of nationalism, (2) understand why and how nationalism occurs, (3) know what consequences nationalism might incur, and (4) gain knowledge about nationalism in Japan, as well as other Asian countries.

The first 75% of the course is a (i) comprehensive examination of the significant institutions of Japanese government and politics with special emphasis on the national level of politics and the important contemporary public policies. Japanese government and politics will also be discussed within the (ii) frameworks of Japanese history and culture. The final 25% is dedicated to an (iii) examination of Japanese international relations with the nations of East Asia and (iv) other significant trade and security partners such as the United States and the EU.

At the end of this course, the students will (i) understand the development and operation of Japan’s political institutions and policies in the Post-War era, (ii) the inter-dynamics of Japan’s political party system, elections and the parliament, (iii) the contemporary security issues that impact Japan in its relations with China, Russia and South Korea, (iv) the significance of the Japan-United States Security Treaty as well as the economic ties between them, (v) and be able to write a analytical and scholarly essay on a significant aspect of contemporary Japanese politics and government.

The increased globalization of world cultures and politics has altered the traditional ways international relations have been practiced and studied by scholars. This course will begin with (i) a historical perspective on the traditions of international politics followed by (ii) a careful examination of the patterns since the Treaty of Westphalia. More recently, (iii) the impact of the new phase of globalization in its many forms will be examined as to how it has changed Global Politics—both positively and negatively. Among the topics to be covered are the (iv) roles played by international organizations, non-governmental organizations and regional economic and security organizations. Finally, (v) major forms of global interactions such as wars and economic conflicts will be studied.

This course is about government and politics across the 200 or more nations of the world. Theoretical perspectives for trying to understand the enormous diversity found among nations will be presented in the initial part of the course followed by organizing frameworks for understanding the differences among various sub-units of comparative politics including constitutions, party systems, parliaments, executive branches, judicial branches, and national local governmental arrangements as well as comparative frameworks for understanding the role that is played by national cultures and patterns of political behavior based on historical governmental experiences such as the role of the military in politics and the extent of corruption in the economies and governments. The concept of "good governance" reforms as advocated by the World Bank and IMF will also be used to evaluate comparative politics in the 21st Century.

The students at the conclusion of this course will have the (i) analytical skills to research the government, politics, and policies of a variety of different forms of political structures commonly found among today’s nation states. They will also (ii) understand the evolution of modern forms of governments and (iii) place individual nation states into various comparative frameworks of development and (iv) understand the major NGO initiatives for modernizing underdeveloped nation-state governance structures and behavior patterns. The students will also (v) be familiar with the macro-level arguments regarding the advantages and disadvantages of "western-style democracy" in the"third and fourth waves of democracy" as articulated by Diamond and Huntington. Finally, (vi) the students will be able to make analytical oral and written presentations of their research in the field of comparative politics. 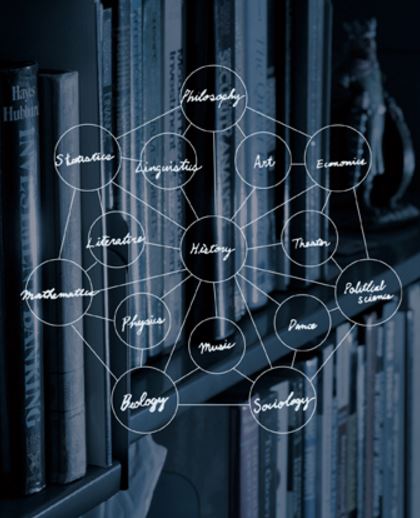 The role of the seminar is to support the successful completion of the Graduation Research Project (G.R.P.), a graduation requirement for all students. In this seminar, we will look at the theme that each student has chosen for the Writing-Across-Curriculum (W.A.C.) program, upon which the G.R.P. is based, through the lens of theories, paradigms, and concepts from the field of Political Science. Students will take turns presenting their research at different stages of their thesis development. Their peers, under the supervision of the Seminar instructor, will discuss and critique each presentation to give the presenters an opportunity to refine their own thesis. Through such interactions, peers will learn how to avoid problems with their own projects.

At the end of this course, students will have: (i) analyzed an important world issue from the perspective of a political scientist, (ii) conducted at a high level of proficiency their own research project, and (iii) written a high-quality graduation thesis in their own chosen area.

This workshop gives students an opportunity to experience political decision processes. The games are designed to represent the negotiating power of the various institutional actors (politicians (government and opposition), bureaucrats, and interest groups) and to simulate the political systems of the relevant countries. By playing this game students learn not only how the institutional frameworks influence policy decisions, but also that some actors have very little influence on those decisions. This is an intensive course which will be conducted two weekends during the semester plus one preparatory meeting in order to create group dynamics and simulate decision under time restrictions. Students are required to prepare their role for the simulation game and write a report about their experiences.

At the end of this course, students should be able to (i) understand how specific political systems work, (ii) recognize the role of lobbyists in policy making, (iii) realize the difficulty of harmonious decision in politics, and (iv) understand that actors involved in political decision processes have not the same amount of power. 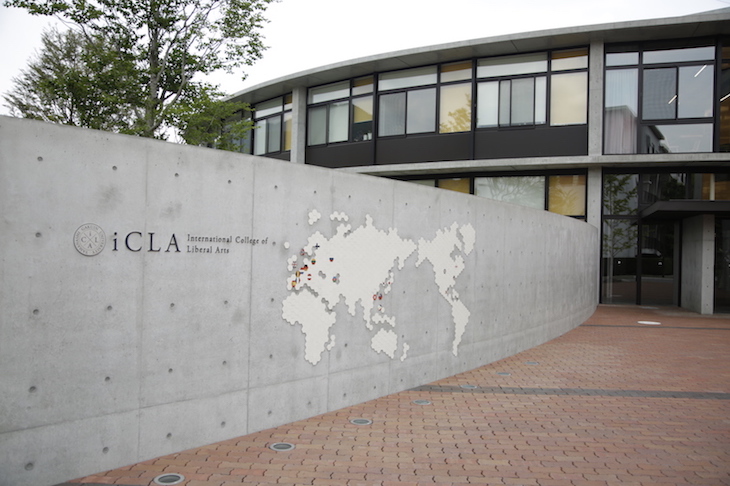 Picturesquely located at the foot of Mt Fuji, in the heart of what was known in medieval times as Kai Country, the YGU Sakaori campus, home to the iCLA complex (Residential Halls and classroom buildin ... Read More

Picturesquely located at the foot of Mt Fuji, in the heart of what was known in medieval times as Kai Country, the YGU Sakaori campus, home to the iCLA complex (Residential Halls and classroom building), iCLA is only 90 minutes West of Tokyo, and offers students unique opportunities to immerse themselves in the very essence of Japan and its culture. Read less
Kofu